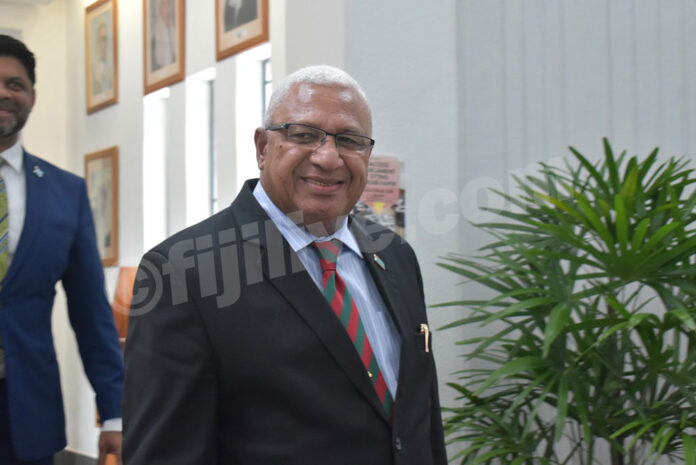 The NGO Coalition on Human Rights (NGOCHR) says recent statements by the Leader of the Opposition Voreqe Bainimarama have been unsettling, without evidence, irresponsible and reckless.

The Coalition in a statement said to outline that there have been a lot of complaints, without identifying these, and then asking in the same breath for Fijians to send to them their complaints, is irresponsible and reckless, that continues to create a climate of fear.”

“While the Coalition encourages the calling out of the State in their governance, we are also equally adamant that there is no deliberate encouragement of untrue calls and actions that threaten our post-election transition, and the development and progression out of 16 years of governance led by one man, Frank Bainimarama.”

“This is a fragile and new beginning for us as a nation after the 2006 coup and its consequences, and it does not at all help our democratic progression and governance when there are deliberate and irresponsible actions and words that are aimed at sparking off disunity, dissent and unlawfulness.”

The Coalition is also calling on all political parties to immediately cease the rhetoric and politics of fear in the post-election period as the country moves into settling into the New Year with a new Coalition Government at the helm.

The law and the will of the peop...