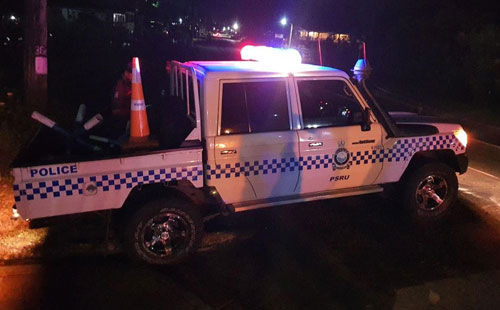 Five men were arrested during drug raids in the Labasa area in the past week.

At the Labasa market, two men aged 28 and 40 were arrested after they were found with dried leaves and materials believed to be marijuana.

At the Labasa Bus Stand, two men aged 23 and 32 were arrested after they were also found with dried leaves believed to be marijuana.

A 24-year-old farmer was also arrested at the Nakorovatu Settlement following the discovery of plants believed to be marijuana.

Chief Operations Officer (COO) Acting Assistant Commissioner of Police (A/ACP) Livai Driu said similar arrests are being made in other Divisions as more information is received of those involved in the illegal drug trade.

A/ACP Driu said last night officers from the Police Special Response Unit were also out in numbers in the Eastern Division where arrests were also made.

The Fiji Police Force continues to call on members of the public to come forward with information and work together to curb the illegal trade.