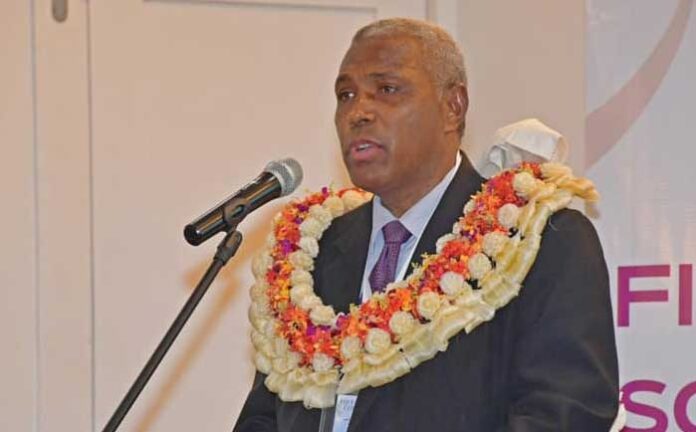 Hundreds turned out to the FMF Gymnasium to celebrate the tremendous efforts of one of their own from the province of Lomaiviti ascending the high office of the Attorney General.

This morning, a traditional ceremony called Vakasenuqanuqa – Kubuna I Wai was accorded to the Attorney-General Siromi Turaga at the FMF Gymnasium.

Turaga mixed with emotions said that he could not have achieved this with his own strength, knowledge and experience on his own, but by the grace of God.

He said the last couple of years were quite a challenge for him, but that did not deter him from losing his faith and trust in God.

“The struggles are temporal situations, but if you endure through them, the benefits are great. Let us not lose faith or sight of the bigger picture,” he said.

The Attorney-General said that he and his immediate family were grateful for the show of love, unity and humility from the people of Nairai and those from the province of Lomaiviti.

The celebration continues at the National Gymnasium this afternoon.

Short turnaround for Gollings an...