Why I was removed, AG Turaga reveals 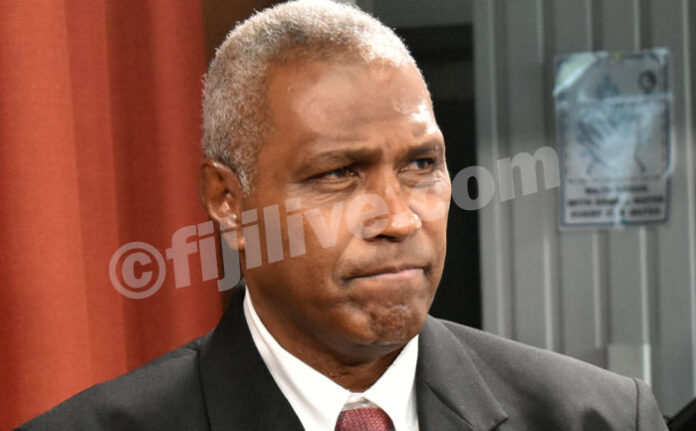 Attorney-General Siromi Turaga has for the first time spoken about the non-renewal of his contract as a Resident Magistrate in April 2020 by the previous Government.

During the first wave of COVID-19, he acquitted two men of breaching a curfew on the grounds that the charge was defective as the Prime Minister had no power to order arrests under the Public Health Act.

His decision was later reviewed by High Court Judge, Justice Vincent Perera who had set aside the orders of the then Magistrate Turaga.

Speaking in the i-Taukei language, Turaga said he understood how heavy it was of the decision he made that morning, after ruling on the case of the two men of breaching curfew.

He said he knew his contract was up for renewal in three weeks’ time, but stuck to the decision he made.

“I went home that afternoon and after our family devotion, I told my wife and children of the gravity of the decision I had issued that the then Prime Minister did not have any powers to order arrests under the Public Health Act.”

“My daughter exclaimed Ta your contract. And all I told them was watch and see the God that I serve will lead our family through.”

Turaga said the rest was history.

“Today is a glorious day; see the number of people that turned out, your tremendous smiles and your lovely outfits is a testament of how God has been good to all of us.”

“Thank you to everyone who has phoned to congratulate your Government. We are here you serve each one of you for the next four years.”

The Attorney-General has given his assurance that the Coalition Government will continue to work for the benefit of all Fijians.