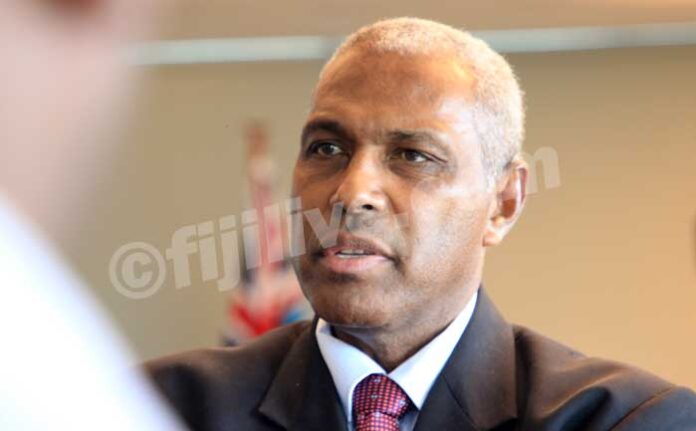 Former Attorney-General, Aiyaz Sayed-Khaiyum is playing political games and exaggerating half-truths to mislead the public in an attempt to pressure the Republic of Fiji Military Forces to invoke Sections 131 of the Constitution, says Attorney-General Siromi Turaga.

Speaking in a media conference today, Turaga said Sayed-Khaiyum should make a Constitutional redress application to prove his accusations that the People’s Coalition Government had continuously breached the 2013 Constitution.

Turaga said in his view, Sayed-Khaiyum’s accusations hold no water.

He said no breach of the law has taken place.

Turaga said it has been almost 10 years since the Constitution was promulgated by decree, so it makes sense that a review should take place and the provisions for its amendment followed to improve it.

“It appears that Sayed-Khaiyum complained about the possible amendment, and that is his prerogative as the General Secretary of the Opposition Party to do so. In terms of the use of the word fundamental, it is worth noting that there are a number of fundamental breaches of the Constitution under the FFP regime, which he chooses to conveniently forget, while making baseless allegations against the Coalition Government.”

The Attorney-General said that Sayed-Khaiyum should have a sense of proportion in his criticisms of the Government.

Strengthening relations is the w...