We’ll not be lectured by Sayed-Khaiyum: Turaga 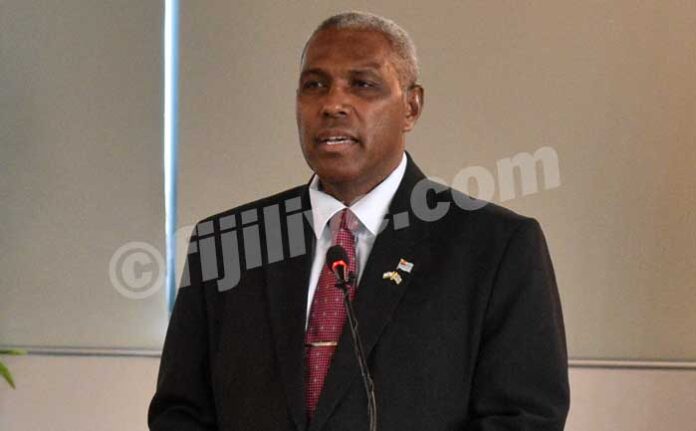 Attorney-General Siromi Turaga says the coalition Government will not be lectured by the FijiFirst Party on the issue of separation of powers.

In a press conference, Turaga said the former Attorney-General Aiyaz Sayed-Khaiyum tried to lecture the nation on the doctrine of separation of powers, and it is worth noting that our Constitution mandates the Chief Justice to act as Head of State in the absence of the President for any reason.

Turaga said it is trite law that the Executive or the Prime Minister and members of his Cabinet are elected from the House of Representatives and in effect have the majority vote to decide on legislation enacted by Parliament.

“Furthermore, the President is elected from Parliament, he or she would be nominated by the Prime Minister and the Leader of Opposition and then the nominee with majority of votes, is elected as the President and swears his oath before the Chief Justice.”

“So already, our system of Government, based loosely on the Westminster system, does not have the pure separation of powers as is envisaged for example in the United States Constitution.”

Turaga said the Government is well aware and well within the boundaries of the Constitution which it respects and calls on the FijiFirst and Sayed-Khaiyum  to take the matter to Court if they feel a breach has occurred.