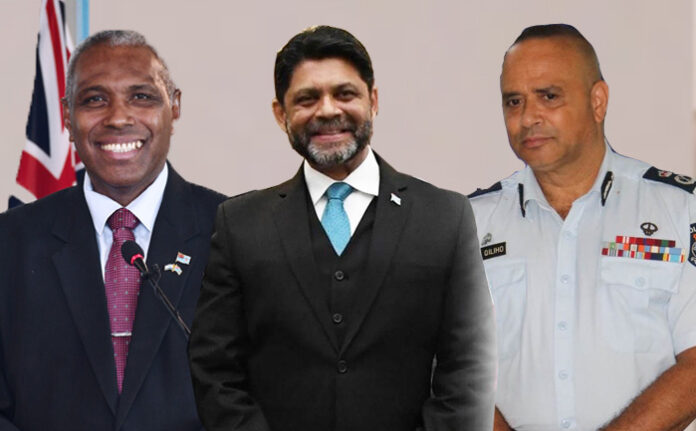 While responding to former Attorney-General Aiyaz Sayed-Khaiyum’s statement that the Minister Responsible had no authority to call on the Commissioner of Police to resign under the 2013 Constitution, Turaga said as an elected official and Cabinet Minister assigned with ministerial responsibility for the Police Act, that is the prerogative of the Minister, and it is common sense that the Minister must have confidence in the officials who implement the laws in his ministerial assignment.

“Unlike the FijiFirst Government which removed a number of Police Commissioners including Commissioner Groenwald, and other senior officials like the Solicitor General and the Government Statistician arbitrarily, the Minister for Home Affairs has referred the matter to the right body, the Constitutional Offices Commission.”

The Attorney-General said the matter is now before the Constitutional Offices Commission.

Turaga also highlighted that the former Attorney General indicated that the Prime Minister Sitiveni Rabuka did not consult the Public Service Commission when it came to the appointment of High Commissioners and Ambassadors.

“Unlike the FijiFirst Government where only one man made the decisions, the Coalition Government is consultative, and it is the Prime Minister’s prerogative to consult the PSC, as the expert body established to oversee the public service.”

He said Sayed-Khaiyum should stop with allegations that what the Prime Minister or the Coalition Government is doing, is breaching the Constitution.

“He should leave the governing to the elected Government and focus on his role as General Secretary and should let the elected Opposition MP do their job,”  the Attorney-General added.

Tailevu Naitasiri is the dark ho...