Matavesi to start against Gloucester 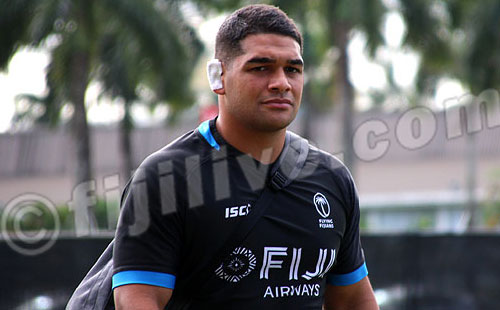 Flying Fijians hooker Sam Matavesi will start for the Northampton Saints in their Round 12 Gallagher Premiership Rugby clash against Gloucester tomorrow.

Director of Saints Rugby Phil Dowson has made seven changes in the starting line-up from the side that beat the Barbarians 45-39 on home soil last weekend.

Lukhan Salakaia-Loto and Alex Moon start together in the engine room for Saints for the fourth consecutive while Alex Waller moves into solo-ninth position in his 246th match appearance.

The loosehead prop will pack down in an experienced front row alongside Matavesi – back in Black, Green and Gold returning from the conclusion of the Autumn Nations Series.

Amongst four changes across the back line, James Ramm makes his first Premiership start on the wing, with England internationals George Furbank and Freeman returning at fullback and wing respectively to complete the back three.

Rory Hutchinson and Fraser Dingwall – who has crossed the gainline more times (56) are preferred in the centres, while Saints’ half-back duo of Fin Smith and Alex Mitchell start together for the third time.

Northampton Saints will take on Gloucester at 5.30am tomorrow.