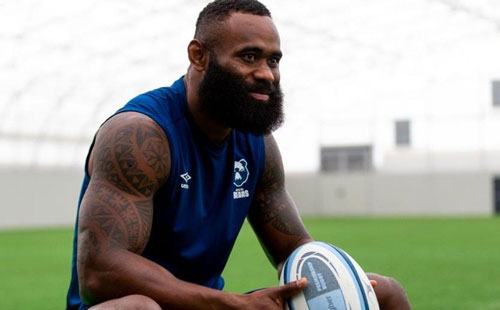 Robust Flying Fijians centre Semi Radradra will make his long-awaited return from injury against the Leicester Tigers in Round 12 of the Premiership Rugby to give his struggling side a lift tomorrow.

The 30-year-old has not played since April this year after a knee injury but has been selected for the visit of Leicester.

The Bears are second-from-bottom of the Premiership having won just twice.

“The more of the world-class players that we have back playing, the better that we become as a team naturally,” Bristol Bears rugby director Pat Lam told BBC Radio Bristol.

“You can see the hunger in there and he’s excited and ready to go.”

“It’s given a lot of guys confidence as well, so he’s looking forward to getting his first hit out in a while.”

Radradra has scored 12 tries in 38 appearances since joining Bristol from Bordeaux in the summer of 2020, but has been out for a number of spells with injury.

“Everyone outside sees the impact on the field when he’s playing, and once those injuries came he still slipped into the mode of helping others,” Lam added.

“Semi takes a few guys under his wing and just gives little nuggets for them and advice, but then you just see the professionalism in his treatment and rehab.

“Some of the injuries that he’s had on that knee, some players wouldn’t come back from, but he’s diligent and puts the work in.”

The Bears vs Tigers match kicks off at 8am tomorrow.

Newcomers struggle to adjust on ...