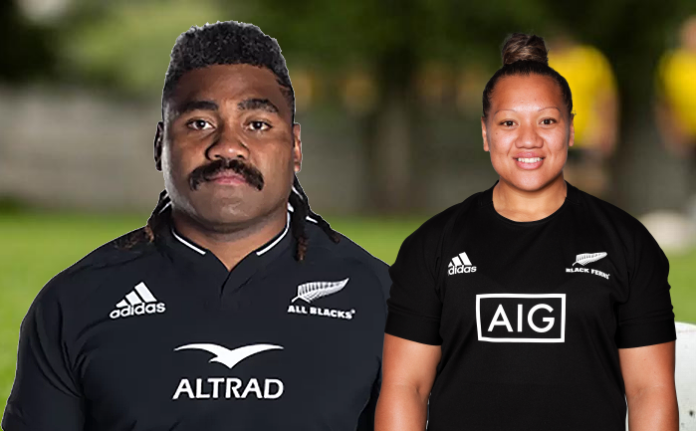 Sowakula earned two caps for the All Blacks against Ireland this July but failed to add to his cap tally afterward, falling out of favor with the selectors.

The 28-year-old is Clermont‘s first official signing ahead of the new season as project “Clermont 2025” kicks off, the club’s aim to claim their first Champions Cup title within three years.

Sowakula also has an option of a third season and comes into a squad desperate for a big ball-carrying number eight with Samoan international Fritz Lee set to leave the side.

To add icing on the cake, Clermont women’s team has also confirmed that Natua, a 27-cap Black Fern, will join the women’s team.

Tongan Shannon Frizell replaced Sowakula in the All Blacks squad ahead of the Rugby Championship, and the abrasive number eight was omitted from the All Blacks XV side in November.

Sowakula will need to wait three years to change his Test allegiance and having been snubbed by the New Zealand selectors; he is unlikely to feature in the black jersey at next year’s Rugby World Cup.

The signing of Sowakula kick started Jono Gibbes’ “Clermont 2025 ” project, but that is just the beginning, with Midi Olympique reporting that Wallabies hooker Folau Fainga’a is also set to sign on with the club.

Rewa is a much experienced team:...

Newcomers struggle to adjust on ...