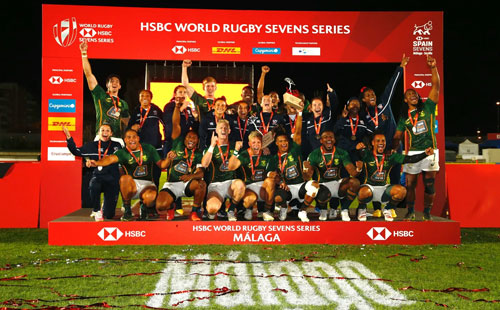 South Africa 7s team will head to the third round of the HSBC World Sevens Series in Hamilton next month without three key players.

Muller du Plessis, JC Pretorius and Sako Makata, who were part of Blitzbokke 7s Commonwealth Games gold medal-winning sevens side earlier this year, have severed their connections with 7s rugby to pursue careers in the 15-man game.

Du Plessis, 23, who has played in 22 World Series tournaments since 2018 has appeared in 102 games and shared in two World Series titles.

Pretorius, 24, has been one of the stars of South Africa’s 7s in recent years having played in 23 series, scored 50 tries and played 122 games. He also shared in two World Series titles.

He was included in the World Rugby Series Dream Team in 2021 and has signed with the Lions.

Makata, 24, played in 17 World Series and scored 12 tries. He was involved in one of South Africa’s World Sevens Series wins. He will play 15s for Griquas.