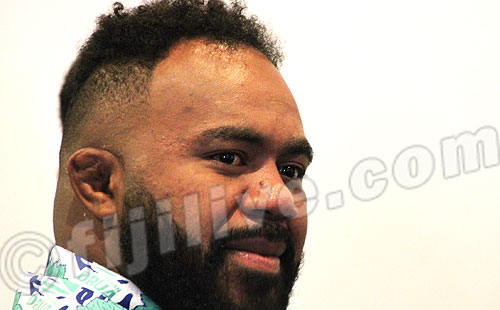 The 29-year-old, who has played top level rugby in the last decade, says the decision to join the Swire Shipping Fijian Drua was a tough one but something he needed as it brought him closer to his family.

“Being away from my family for quite a while was tough but I am glad to be home and having the family support will certainly push me hard to give my best for Drua as well as the Flying Fijians.”

“I would love to play for Fiji in the World Cup for sure but definitely the selection will be tough as there are many upcoming young players.”

“Playing in Super Rugby, which by far is one of the toughest rugby competitions in the world, I will stay focused and the onus for sure will be on me to perform, stay fit and consistent throughout the season.”

He said playing six matches at home during the Shop and Save Series should boost both the confidence and morale of the team.

“It will be a huge opportunity for the players to step up and prove themselves. Last season we played two games here with a sellout crowd. Competition will be bigger and better and our ultimate aim would be to pick up some wins in our home matches,” he added.

The Fijian Drua will face Moana Pasifika in their opening match at Mt Smart Stadium in Auckland on 25 February.