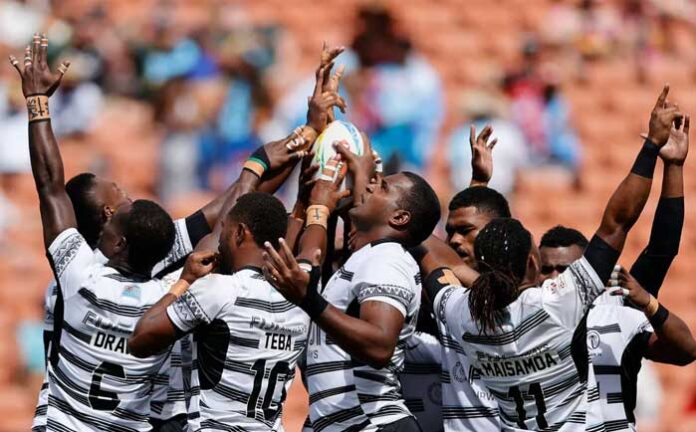 Fiji lost the fifth place semifinal of the Hamilton 7s 26-19 to Australia at the FMG Stadium in Waikato today.

After bowing out of the Cup quarterfinals following their 19-10 loss to Argentina, the Ben Gollings coached side needed to win this fixture to end their campaign in the top five.

The Aussies ran riot, dominating possession in the first half scoring back-to-back tries through Dietrich Roache and Nathan Lawson.

A ball handling error by Australia gave a scrum advantage to Fiji and an offload from skipper Waisea Nacuqu to Iowane Teba got the world champions on the scoreboard.

Nacuqu converted to narrow the result to 12-7 at halftime.

The Aussies were more focused in the second half and took advantage of Fiji’s missed tackles and ball handling mistakes.

Playmaker Maurice Longbottom and Josh Turner combined to set up Henry Paterson who scored the third try and Henry Hutchinson barged over the Fijian defence for the fourth try.

Longbottom converted both the tries to increase the lead to 26-7.

Fiji staged a late comeback and scored two tries through Manueli Maisamoa and Jeremaia Matana but it just wasn’t enough for them to snatch a late win.

Australia will take on Ireland in the fifth place final.