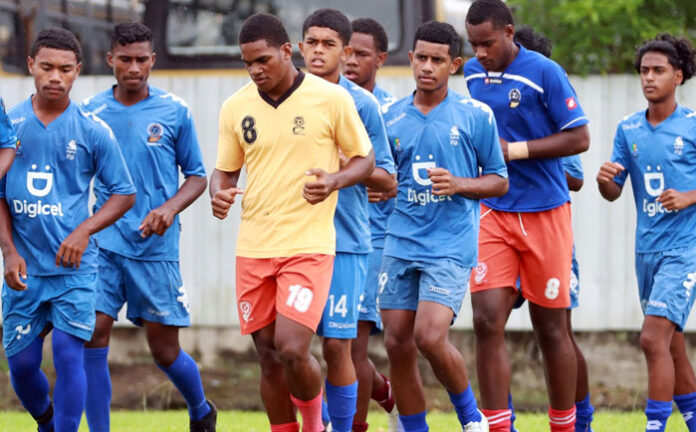 Fiji Head Coach Sunil Kumar says players have had enough game time in the build-up to the OFC Under 17 Championship in Suva next week.

“If you look at the game time now it has changed. Ba youth team was helping us with game time combined with the Junior Bula Boys. The district teams helped us in the West. There was a club from Nadroga Greenstar FC. Even the police club from Ba helped us with some game time.”

“We looked at the areas where we wanted to focus on not actually looking at everything. We are just a few major areas to look at and then if we were able to get the output in a match, we were satisfied with it.”

“They were scared to play against big players like National reps with some district reps. They were scared. But as we move along, we encourage them that they need not fear anything. Just play the game and then as you move along, I would say now they look quite confident.”

He added the team is well aware of the playing style and is raring to go against Samoa in their opening match next Thursday.

“As far as our strategy and playing style is concerned, the boys really adapted to the style and then now they’re very familiar with how we want to play.”

“It was tough for the boys to play together as a team playing with these big boys. They found it difficult to understand their style of play.”

“Whatever we learned during the training, we’ll put that against the teams we meet on our way. Our plan is to put the experience and learning at OFC because our boys are up against Samoa. We are focused on the match and everyone has their eyes on Samoa.”

Fiji takes on Samoa at 7pm at the HFC Bank Stadium in Suva.