Maria moves from winger to halfback 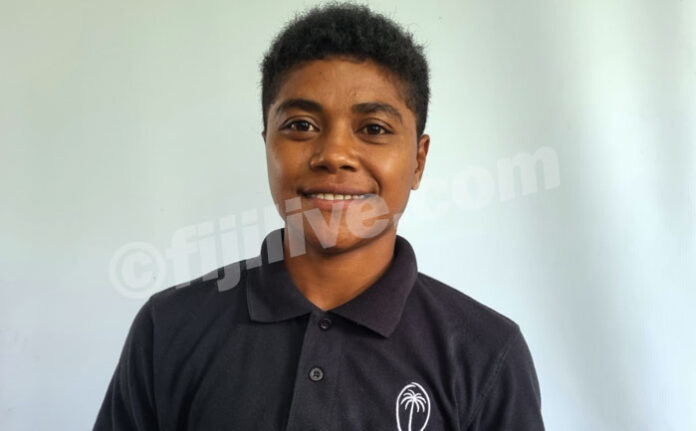 Police winger Maria Rokotuisiga is back in the Fijiana 7s extended squad training for this month’s HSBC Hamilton 7s in New Zealand.

The former Striders try-scoring machine made her debut for Fiji at the Oceania 7s last year before she featured at the Commonwealth Games in England.

“I started playing rugby for the Suva Under 18 and then I joined Striders. After three years with Striders, I moved to Police as I had applied for a Police Officer job,” Rokotuisiga told FijiLive.

“I was selected by coach Fuli through the Super 7s Series and he gave me a chance at the Oceania and Commonwealth games. It was like a dream come true for me because I always dreamt of wearing the Fijian jersey.”

Rokotuisiga, who missed out on last month’s Dubai and Cape Town 7s, had chosen Police recruitment and said it was one of the toughest decisions in her life.

“After the Commonwealth, my name came out in the Police recruit list and at that time we were again in camp for the HSBC 7s series. Coach told me to choose one because if I went for 7s, I would miss the Police chance and if I went for Police I would miss 7s which has been my passion growing up.”

“It was a hard decision. I just chose the Police because I could secure a job for my future. Rugby can come to an end but the job will keep me and my family going. I knew that I could still play 7s after becoming a Policewoman. It wasn’t an easy decision because in those four months, my rugby fitness had been lost and after I joined the training during Christmas, it was hard to adjust.”

The 21-year-old also highlighted the challenges she endured from transiting from a winger to half back position which she had never played at.

“I always play at wing but this time, the coach shifted me to half back. Both positions are different in many ways. When I played winger, I only ran toward the try line and there wasn’t much ball movement. But as a half-back, I have to communicate with the players. I have to be tough on the opponents.”

“I’m going back to the basics and learning from there . I’m learning a lot from the two other half-backs we have in the team, Lavenia Cavuru and Reapi Uluinasau. They always tell me that halfbacks keep moving. We don’t stand and wait for the ball. We have to be alert on the line and keep a strong contact with the ball.”

The Narukunibua native from Namosi revealed that Fijiana 7s and Olympian Ana Maria Roqica, who is also from her village inspired her to play rugby.

“Ana is my cousin. She and I are the two players from my village who play rugby. I got inspired by her. Boys and girls in our village always look up to her. She has also been very helpful and I have always liked the style of her rugby.”

“She is a tough player and I learn a lot from her.”

She also said she is eager to don the national jumper at her first-ever HSBC 7s Series in Hamilton this month.

“I started in Oceania and went straight to the Commonwealth. After that, I haven’t played any international 7s. I want to have a taste of that as well. I’m really looking forward to being part of the team.”

“I’m confident in giving my best and always try to challenge myself to better my rugby,” she said.

Fiji is drawn in Pool A with hosts New Zealand, Papua New Guinea and Great Britain.