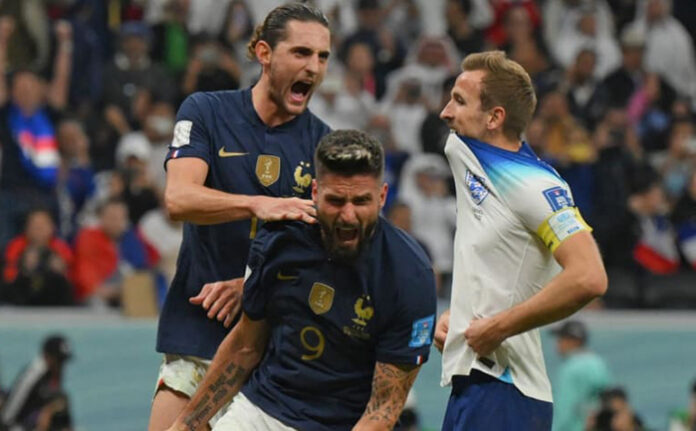 World champions France have progressed to the semifinals of the 2022 FIFA World Cup in Qatar after beating England 2-1 in a thrilling encounter today.

Olivier Giroud scored in the 78th minute at Al Bayt Stadium to keep France on course to become the first team since Brazil in 1962 to win back-to-back World Cups.

Giroud raced away in delight when his header deflected off England defender Harry Maguire and sailed past goalkeeper Jordan Pickford.

England striker Harry Kane had a chance to even the score late in the match but he sent a penalty attempt over the bar.

It was his second spot kick of the match.

He earlier scored to make it 1-1 after Aurelien Tchouameni had given France the lead in the 17th minute with a powerful drive from 20 yards.

France will meet Morocco in the second semifinal at 7am (Fiji Time) on Thursday.