Fitness and skills will be key for Tavua 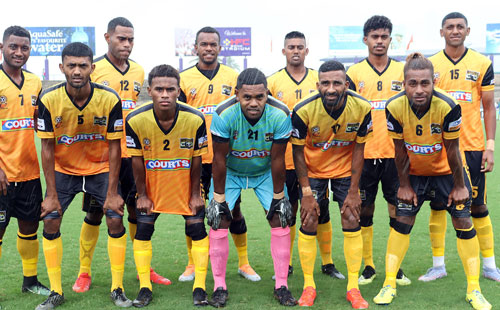 The newly promoted Tavua football team is aiming to harness the fitness and skills of its players before the commencement of the Digicel Premier League next month.

Head Coach Mohammed Asif Khan said the team has started training for the big season and fitness at this stage is the number one priority.

“Our main focus is to improve our fitness,” Khan said.

“Players were away from football for two months and now when they have come to training, they are off their fitness.”

“Aim is to get them to their right shape because we are just a month away from the league. When the league begins, we want to make a winning start.”

“Because of our lack of fitness, the players are not able to have the correct ball play and football touch. We have seen that players get tired easily but that’s understandable. Training started from step one which is the basic level like running, maintaining the breath, stretching our muscles and playing ball.”

Khan said this season; they will be giving more game time to their youth players.

“There are around 12 senior players in the team and 10 from that have been retained in the squad since 2018 when we were in the Premier Division.”

“Our youth players are very consistent and this year, we want to give them more game time and more exposure because they played a huge role during the IDC last year.”

“The young boys are very fast and I have been coaching them since the high school level. Some of the boys need more game time because we are in the Premier and the level of football will be very different here,” he added.

The Digicel Premier League is set to kick-off on 18 February.