GCC will be reconstituted: Rabuka 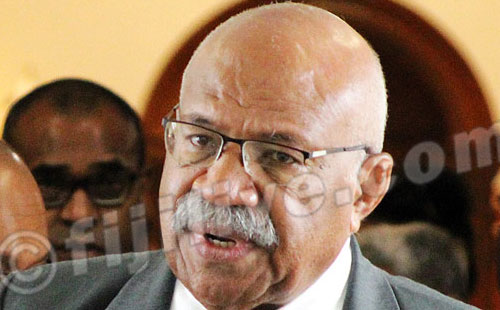 People’s Alliance Leader Sitiveni Rabuka says the Great Council of Chiefs will be brought back and reconstituted if they come into power.

Rabuka said the GCC will determine the future of that council, whether they embrace other ethnicities and become a meritorious council of leaders of all races.

This is the first time that Rabuka has detailed his plans of how his Party would reconstitute the GCC, which was abolished by the Bainimarama Government.

He said there are some members who are no longer here or have passed on, they will be replaced.

Rabuka said all leaders regardless of race or religion in the similar vein as the formation of the House of Lords.

“A combination of leaders and lords as well as their peers who attained that rank in society through their own contributions.”

“There are many former prime ministers who were made Lord or Madam of this or that.”

“Those are the ones who are privileged to sit in the House of Lords and advise the House of Representatives or the House of Commons in the affairs of the British Government.”

“The same will apply here, they will be there as calming advisors to the Government,” Rabuka added.

However, the ruling Party has continued to say that the Great Council of Chiefs has no place in Fiji’s modern society.

Meanwhile Bainimarama at a FijiFirst rally said the GCC and discriminatory policies of previous administrations no longer have a place in Fiji.

“The Great Council of Chiefs was created by the colonial administration to rule and weaken the people. This was obvious. It was created to help the privileged and classed those that were not part of it as commoners.”

He said Fijians nowadays are enjoying equal rights and freedom, regardless of traditional stature, and this is evident in the equal distribution of iTaukei land lease money.