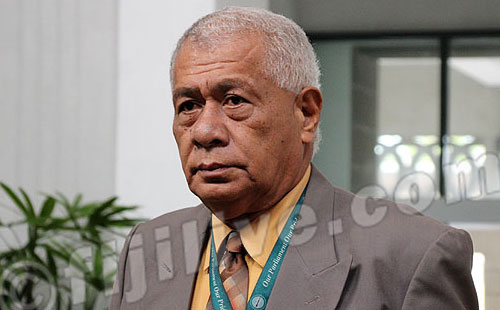 Former Member of Parliament and veteran politician Anare Jale is leading the Social Democratic Liberal Party’s (SODELPA) negotiating team which has been tasked to secure the best deal before the formation of the new Government.

With three seats secured in Parliament, SODELPA could either join FijiFirst Party (26 seats) or the People’s Alliance and National Federation Party Coalition (26 seats combined) to form the next Government.

Party Leader Viliame Gavoka said Jale’s seniority and experience in politics will help him lead the team in better negotiations.

Gavoka also revealed today that he is also part of the team and they met the other three parties last night.

He said talks will continue as they do not want to rush through the process of forming the next Government of Fiji.