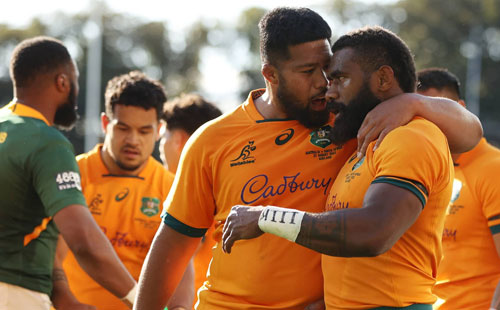 Koroibete skipped Wallabies’ November tests to be fresh for the new campaign and terrorised international defenses midyear wearing the Wallaby jersey, after having done the same earlier in 2022 during his debut season for the Wild Knights.

Having worked on the finer details of his game, Deans expects Koroibete to be even more damaging in his second season, which is bad news for a Brave Lupus outfit that finished fourth last term and led the eventual champions at Kumagaya before being over-run in the second half.

The defending champions see minor main changes coming in the international ranks, where midfielder Damien de Allende has returned to the club, while fellow South African Lood de Jager has replaced Englishman George Kruis although he misses the opening day match to injury.