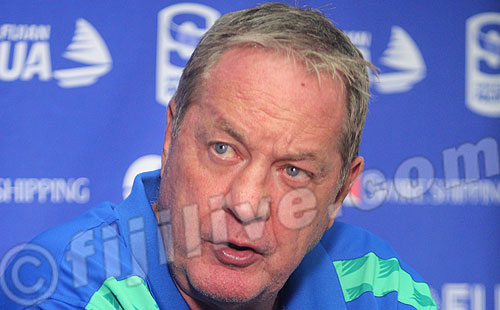 Swire Shipping Fijian Drua Head Coach Mick Byrne says the players are eager to take the field in the pre-season trial match against the Melbourne Rebels after a good preparation.

He said practice games are always difficult and they know what to expect from the Rebels.

“We know what the opposition team will bring, so part of going against the Melbourne Rebels will be how we adapt to things we haven’t seen before and our ability to work under the pressure of the game.”

“Obviously everybody likes to see a victory but for me it’s about getting the performance of what we’re looking for, connectivity between attack and defence, our ability to stay in our systems, the ability to get our game going and bring in what we’ve been doing during preseason.”

The Drua vs Rebels match will be held at Prince Charles Park in Nadi on Saturday 28 January and kick off is scheduled for 3pm.

Bulitavu being questioned by pol...