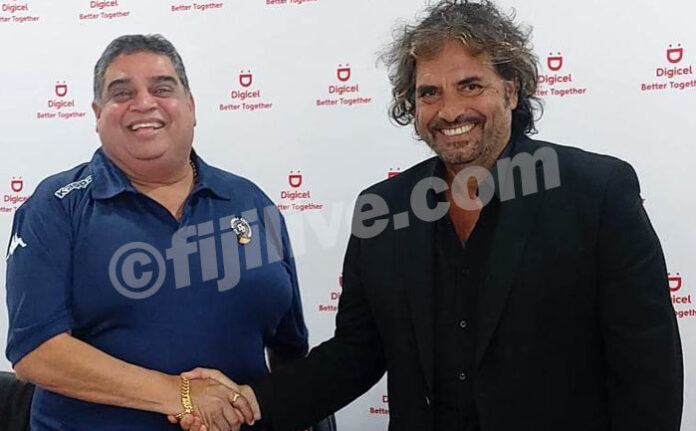 Newly appointed Fiji Under 20 Head Coach Rodolfo Zapata has expressed his excitement to guide the Junior Bula Boys at the FIFA Under 20 World Cup in Indonesia in May-June this year.

The 56-year-old from Bella Vista in Argentina revealed some of his plans for the national camp which is expected to take place in two weeks at Fiji FA’s Academy in Ba.

“It’s an honour for me to be here to share ideas with the coaches to take Fiji Football to the next level,” Zapata said.

“We have already set the training program, the schedules for friendly games for World Cup with Mexico and local teams as well. I want to expose our boys to all levels. We already have 46 young talents and I want to opportunity to all of them even the under 17 players as well.”

“Football career is too short and these boys need to show now where we are and where we want to be.”

“Fiji is well known all over the world because of one sport which is rugby. So why not about football? This is a challenge for me to take Fiji football to the next level and I strongly believe that looking forward to the World Cup, Fiji is going to have good chance to qualify.”

The former Argentinian second-division goalkeeper said he is here to share ideas with players, coaches and technical staff while he strongly believes that Fiji can also qualify for the next World Cup in Canada.

“One team from Oceania that is going to qualify, I strongly believe in us. The last World Cup was a shock to everybody to see we are not small teams everywhere. Argentina won but there were lots of big surprises like Africa and Asia and I feel this is the time to show that Fiji can be at the World Cup.”

“I am here to share ideas with all the coaches. I want to be open to sharing ideas because I believe that local coaches work hard and they know a lot of things.”

“I don’t want to confuse our players so I will work with two or three systems to properly know their game.”

Qiliho investigated for abuse of...

Tamani back in national 7s fold