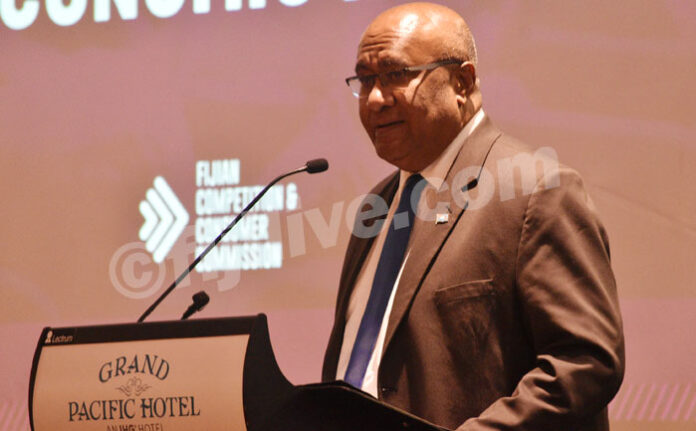 Minister for External Trade, Cooperatives and SMEs, Manoa Kamikamica say they have lifted the stop order for the construction of a $30 million hangar on Laucala Island as it was causing concern to investors.

This decision was revisited last Monday.

Kamikamica highlighted this while delivering his address during the Fijian Competition and Consumer Commission’s Knowledge Economy Lecture PART 2 – New Approaches to Economic Progress Panel discussion at the Grand Pacific Hotel.

He said he had noticed that there are still several bottlenecks where investors face multiple bottlenecks that discourage new investments and re-investment activities in Fiji.

“This is hindering major investment projects, and there is a need to harmonise and streamline processes to remove bottlenecks.”

The Minister said when they got into office; they got a call from Laucala, where they were issued with a stop order from September, with absolutely no explanation on why the stop order was issued.

He thanked the Prime Minister Sitiveni Rabuka and the Minister for Tourism and Civil Aviation Viliame Gavoka, they lifted the stop order on Monday, and now Laucala is back to constructing a hanger that is worth about $30 million, and they have already spent $9 million.

Tailevu Naitasiri is the dark ho...