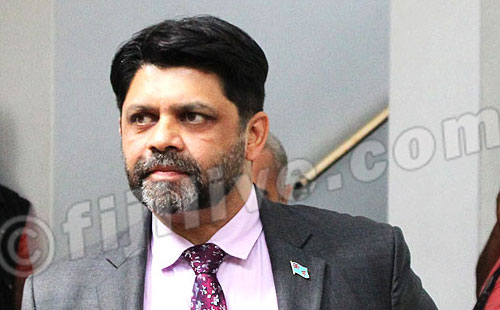 Former Attorney-General Aiyaz Sayed-Khaiyum arrived into the country from Australia last night and is expected to undergo questioning by Police today.

Chief of Intelligence and Investigations Assistant Commissioner of Police Surend Sami said Police officers in the West have complied with the watch order in place in that upon his arrival, they are to inform the Criminal Investigations Department.

He said they will proceed from there on in accordance with the ongoing investigations.

Sayed-Khaiyum is currently under investigation regarding a case of alleged incitement of communal antagonism.

A border alert was issued by the CID after Sayed-Khaiyum’s travel history showed that he departed Fiji on 26 December 2022.